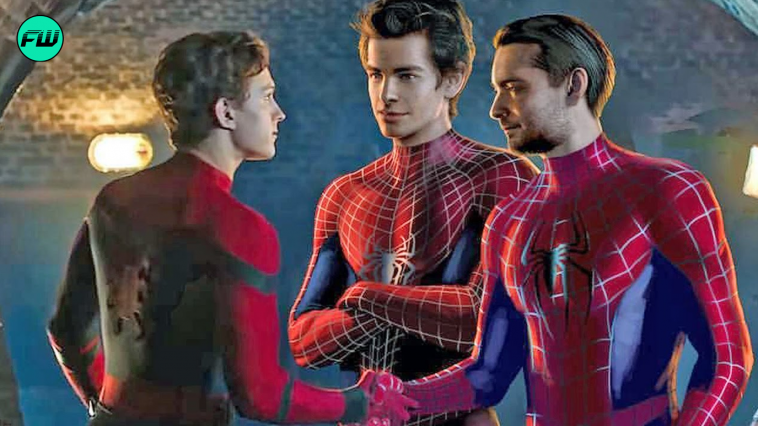 With the unlikely word of Jamie Foxx’s Electro leaking, the studio is reportedly furious that many have been able to speculate and prod insider contacts over this big surprise.

This will not just be a post-credits cameo scene. It sounds more like an Endgame reveal with Tom Holland’s Peter Parker facing MANY Spider-Man villains from across Sony’s Spider-Man movies, along with some new ones. Maguire’s Spider-Man and Garfield’s Spider-Man will join Holland’s universe to help him defeat them.

Reports have already confirmed Jamie Foxx’s Electro returning. Foxx himself even explained (before deleting it on Instagram) that he will not be his silly blue. However, we’re told this will be the same Electro from The Amazing Spider-Man 2 timeline – not a new version from a different timeline. Depending on how well this updated version plays, I’m also being told there are already talks of a possible Electro spin-off movie.

Read more at the source.

Click here to cancel reply.
Donate
Please donate to help with the site, this would go towards hosting, domain renewals and pictures! All donations are appreciated and will feature on a credits page! DONATE HERE
Current Projects
Brideshead Revisited (????)
as Ryder
Follows the story of Ryder and his friendship with aristocratic family, the Flytes, who live in the palatial Brideshead Castle.
Instrumental (????)
as James Rhodes
It is based on concert pianist James Rhodes' memoir, which explores the legacy of the sexual abuse he suffered as a child, including a litany of mental health issues, and how music proved his salvation.
Tick, Tick... Boom (????)
as Jon
The movie will be based on the autobiographical musical by playwright Jonathan Larson. It's the story of an aspiring composer in New York City who is worried he made the wrong career choice.
The Eyes Of Tammy Faye (2021)
as Jim Bakker
An intimate look at the extraordinary rise, fall and redemption of televangelist Tammy Faye Bakker.
Mainstream (2020)
as Link
In this cautionary tale, three people struggle to preserve their identities as they form an eccentric love triangle within the fast-moving internet age.
Follow Us On Twitter
Tweets by AGarfieldOnline
Family Sites

Accepting
Site Donations
Are you a frequent visitor to the site? Have any photos, captures, etc that you see missing in our gallery that you would like to donate to the site? If so, feel free to send them to us. If you would rather donate media or videos, that is welcome as well! Remember to include how you would like credited in the email along with the donation. What can you donate? - Event/Appearances - Magazine Scans - Photoshoots - Screencaptures --Candid photo donations are not accepted. We are a paparazzi free site. Please end donations to andrewgarfieldorg@gmail.com Please include how you would like to be credited
Site
Webmiss: Vicki Since: 19 December 2020
Our URL: andrew-garfield.org
Site Name: Andrew Garfield Online
Hits: Online: Contact: andrewgarfieldorg@gmail.com

Disclaimer
© 2020/2021 Andrew Garfield Online is 100% paparazzi free and a non-profit fansite. All graphics and original content are being used under the Fair Copyright Law 107 and belong to https://andrew-garfield.org/. Other images and text belong to their respective owners. No copyright infringement intended. This is an unofficial fansite.
Recent Posts
Recent Comments
Archives
Categories
Meta

You can find out more about which cookies we are using or switch them off in settings.

This website uses cookies so that we can provide you with the best user experience possible. Cookie information is stored in your browser and performs functions such as recognising you when you return to our website and helping our team to understand which sections of the website you find most interesting and useful.

Strictly Necessary Cookie should be enabled at all times so that we can save your preferences for cookie settings.

If you disable this cookie, we will not be able to save your preferences. This means that every time you visit this website you will need to enable or disable cookies again.